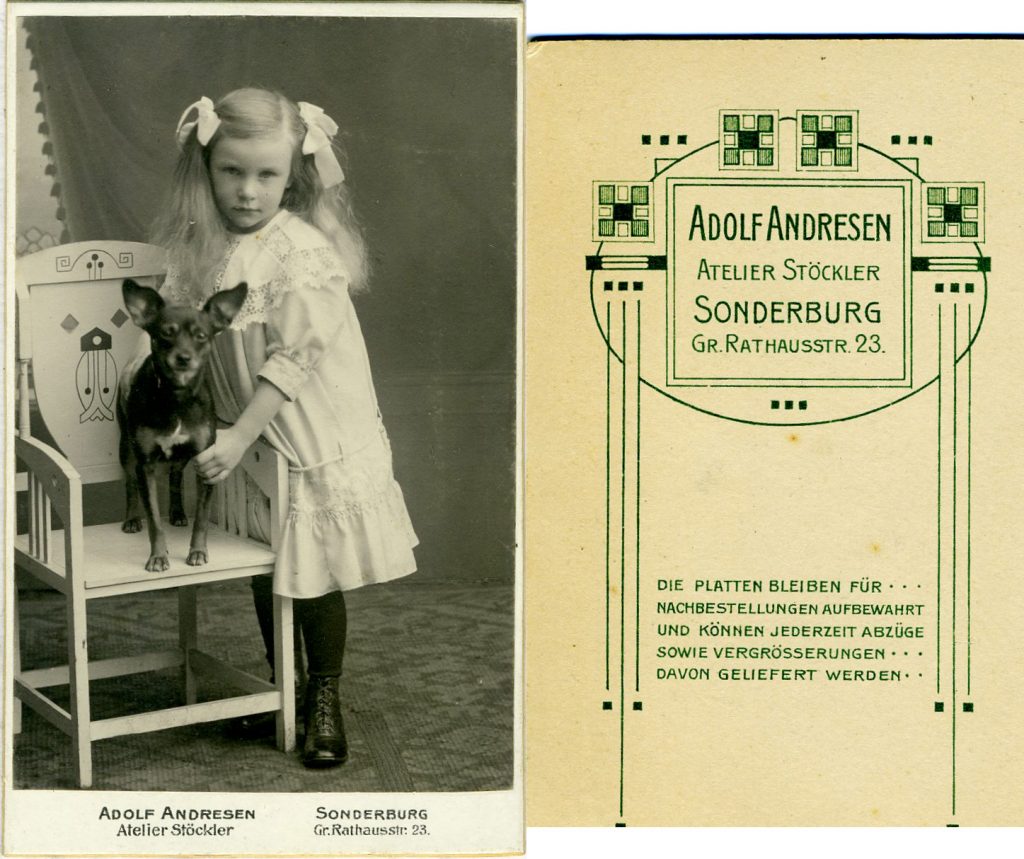 (The CDV pictured above is of better quality than the average and, because the subject includes a girl with her pet, it is very collectable. For me though the real interest is the chair which is clearly decorated in the Jugendstil or Art Nouveau style. Furniture of this quality is rarely seen in old photographs of any kind.)

The carte-de-visite was the first type of photograph that was affordable to the average person. The idea was advanced by a French photographer, Louis Dodero, in 1851 and by the mid 1850s the process was established of using sliding plate holders that could take several  2.5 x 4 inch carte-size photographs on a single plate.

By the mid-1860s the format had become widely and wildly popular. The cost of a dozen CDVs was around 12s 6d (62.5p). Because they were so mass produced they all tended to look similar though for a little more you could be artfully arranged with antiques and expensive furnishings as backdrops. The more run-of-the-mill studios used painted backdrops.

In 1866 the CDV gradually began to be replaced by the larger Cabinet Card though they were still being produced well into the early twentieth century. Despite their name there is no evidence that CDVs were ever really used as visiting cards.

CDVs can be bought for a few pence still (50p is probably the norm) though prices will rise as they become scarcer. If the CDV quality is above average or if the subject is more famous or falls into a more collectable category such as pets, stage actors etc. then prices will be much higher. As with any antique collectable the very best examples can command hundreds of pounds.

One thing to look out for with CDVs (and Cabinet Cards) is that many have backs decorated with studio details which are often more interesting than the subject on the front of the card. 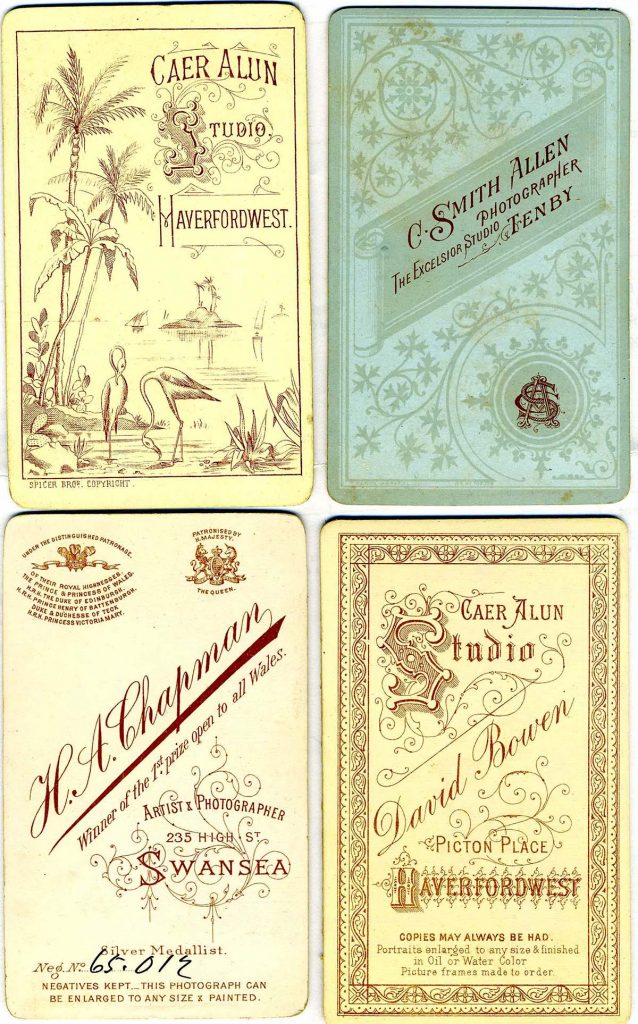