I came across this book, which has been in my collection for many years, whilst thinking through my next blog post on witchcraft in Britain and couldn’t resist posting photos of the cover. 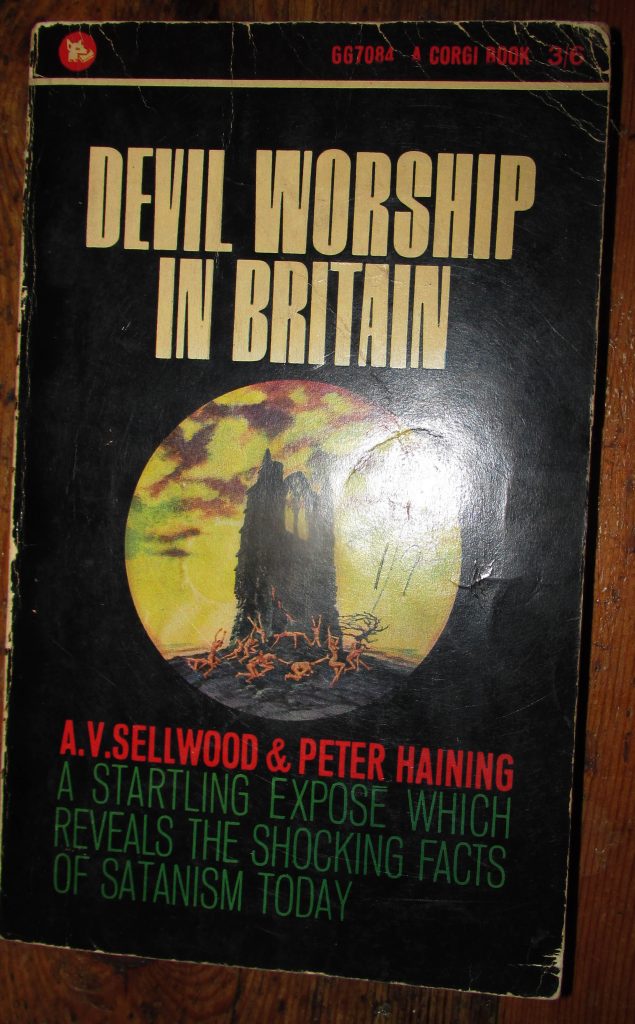 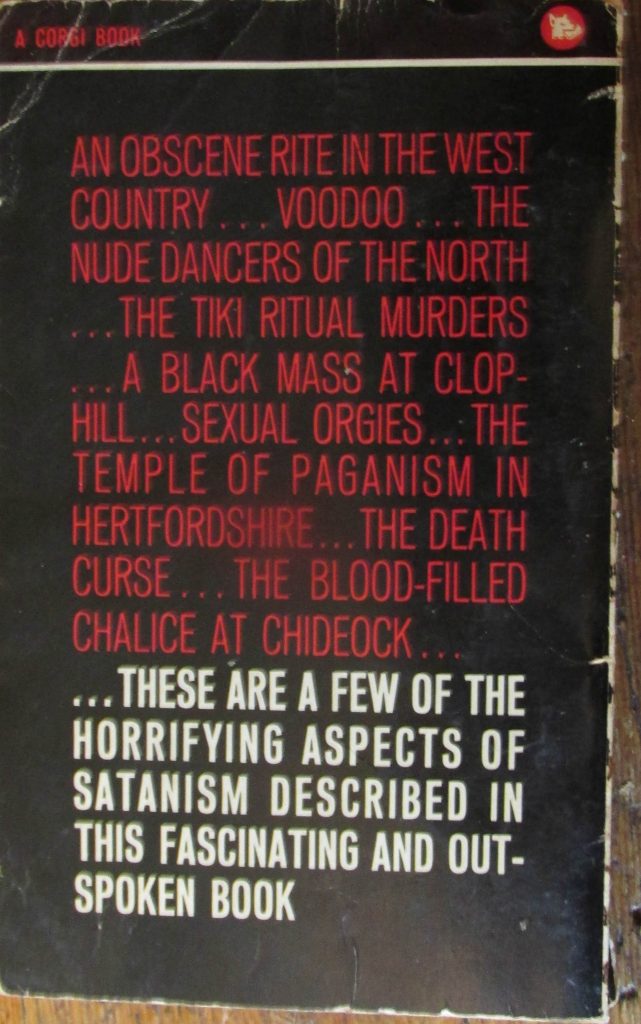 In case we are left in any doubt as to the sensational nature of the book we are told inside that the authors found it “no easy task to write this book. Warnings and threats followed their attempts to uncover the secrets of Britain’s thriving satanist cults – secrets which are guarded as closely as an insane killer.” It goes on to say that “they persevered in their researches and produced this frightening account of the obscene practices which are so widespread in this country today.”

The book was published in 1964, not long after some of the action which takes place in my novel Heretics. It is fairly typical of the 1950s and 1960s in its approach to any aspect of the occult and has no trouble conflating genuine practices with whatever wild stories will sell another popular book.

At the end of the book the authors include a personal statement as to the veracity of their research and call upon “lawyers and statesmen” to give the people “the legislation they demand.” It all sounds very familiar to other moral panics promoted by the mass media over the years.

There are those who sought to prevent me publishing this blog but I have decided it is my obligation to go ahead whatever the risks to my personal safety!