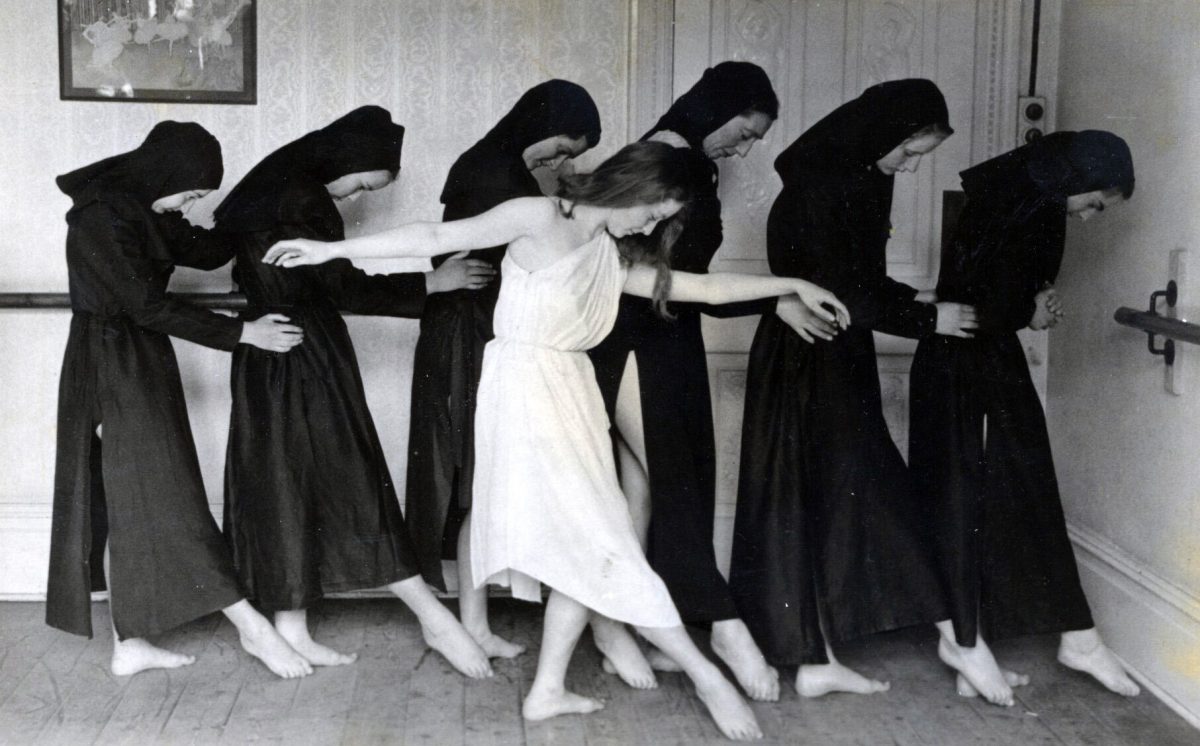 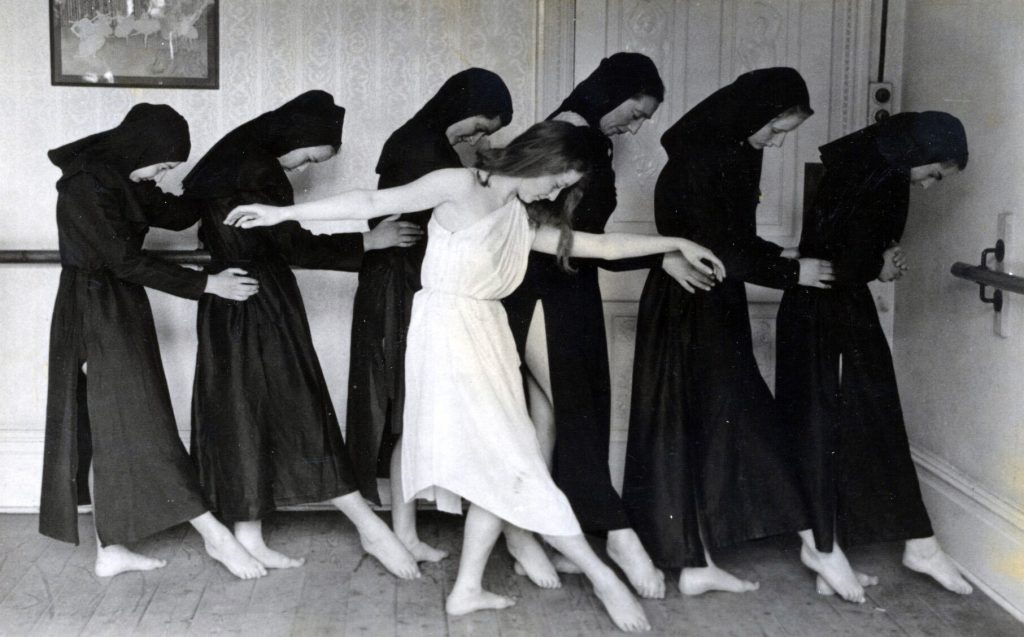 My most recent acquisition is an album of ballet and ballet-related photographs together with a handful of loose photographs and clippings, also ballet-related. Most of the photographs are from Weymouth, or at least the photographers were from Weymouth. The album containing the photographs is from a stationer in Weymouth too. There are two frustrating things about this collection; firstly there is nothing to indicate who owned this collection in the first place; secondly, although there seems to be a plethora of dance schools operating in Weymouth today, none of them have been established more than ten or twenty years so I can’t identify the school where most of the photos were taken. 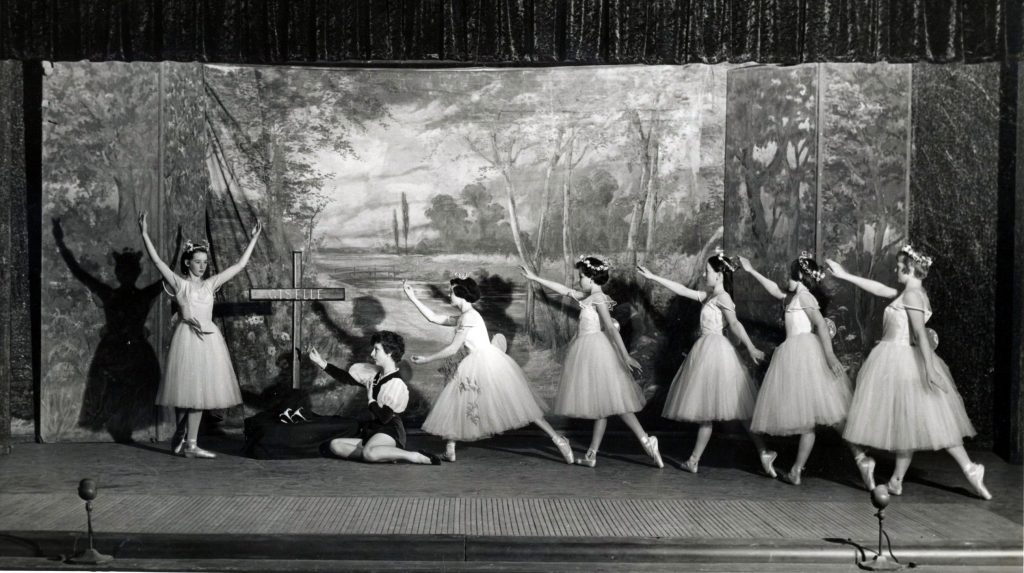 I would say that the productions featured indicate that this was a group of amateurs but with serious ambitions. See for instance the shots from the production of Giselle helpfully dated 1961. A feature of the productions is that, as far as I can tell from the photographs, all the parts were danced by females. I haven’t found a photograph with a male dancer. 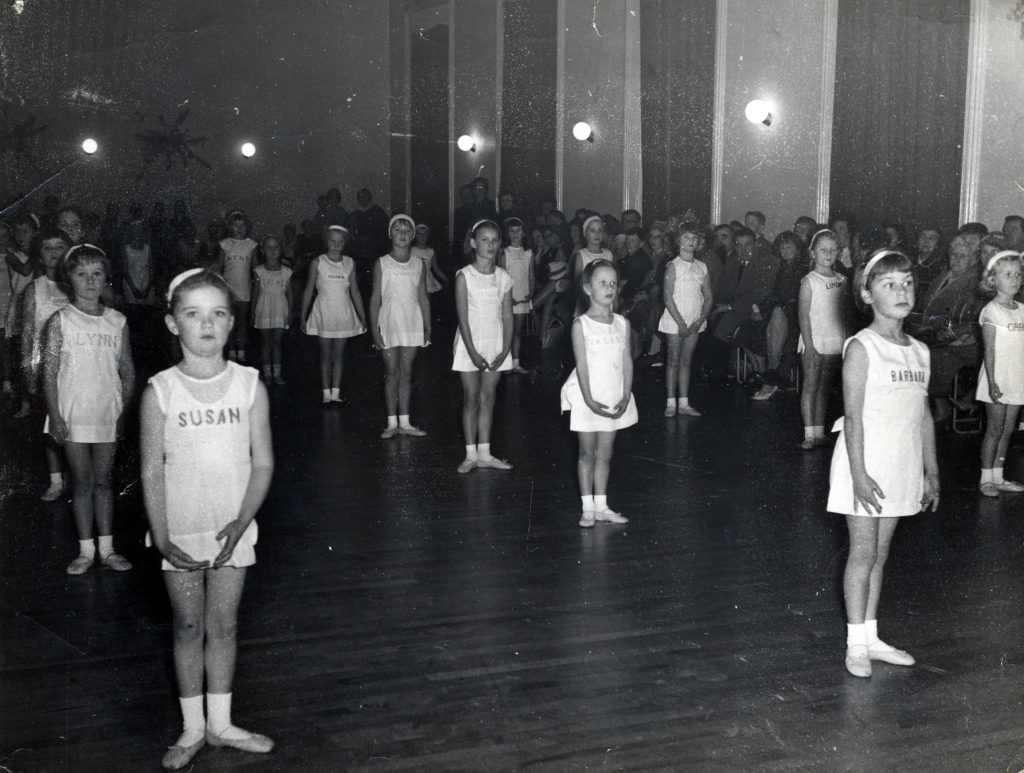 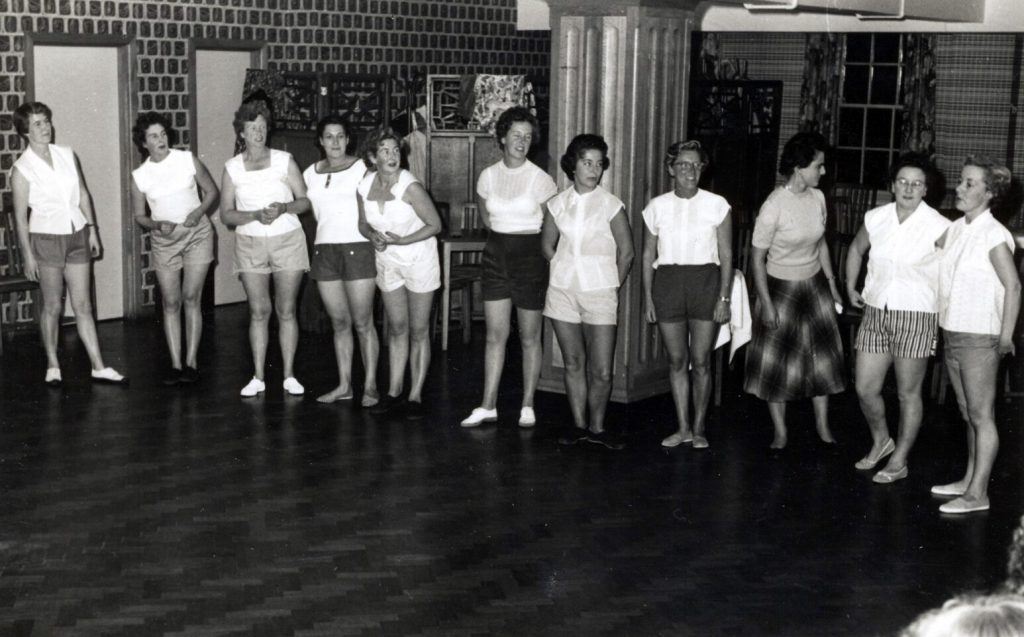 Other photographs indicate that this school, and it isn’t certain all the shots came from a single place, also ran dance classes covering all ages. There are shots of classes full of young girls and others full of mature females. 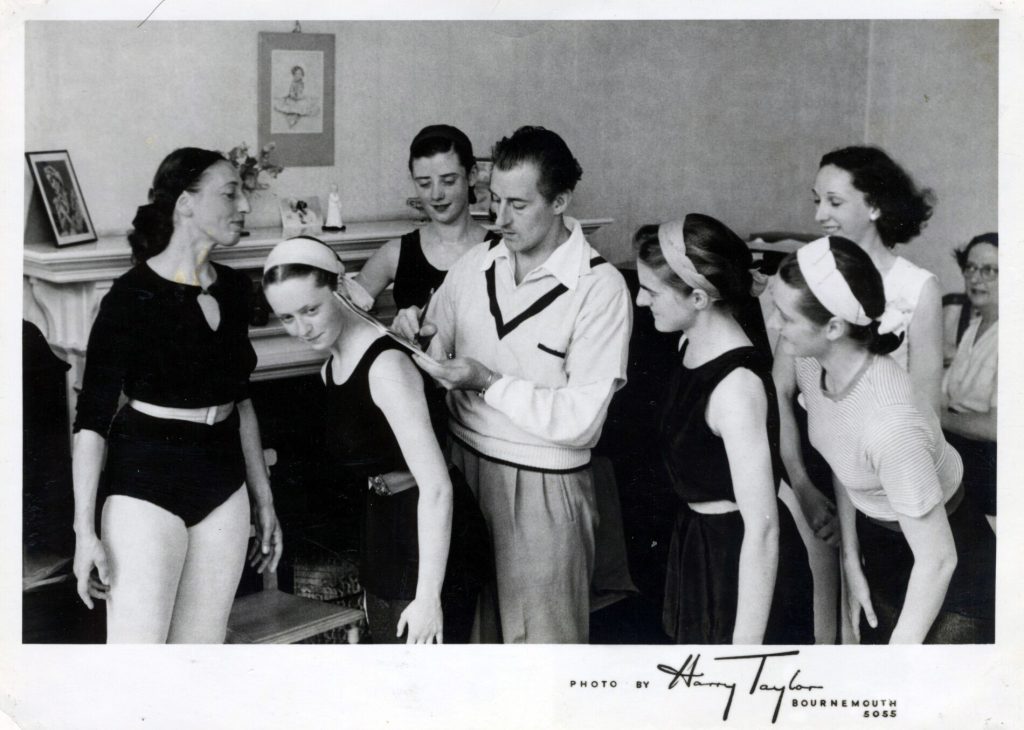 Two males who do feature in the album are Cyril Beaumont, dance historian and president of the Cecchetti Society (of which more in a moment) and Anton Dolin, a principal dancer with Diaghilev’s Ballets Russes in the 1920s and Vic-Welles ballet in the 1930s. As Dolin appears in the photograph with several ballerinas taken by Harry Taylor of Bournemouth I assume he at least paid a visit to the school. 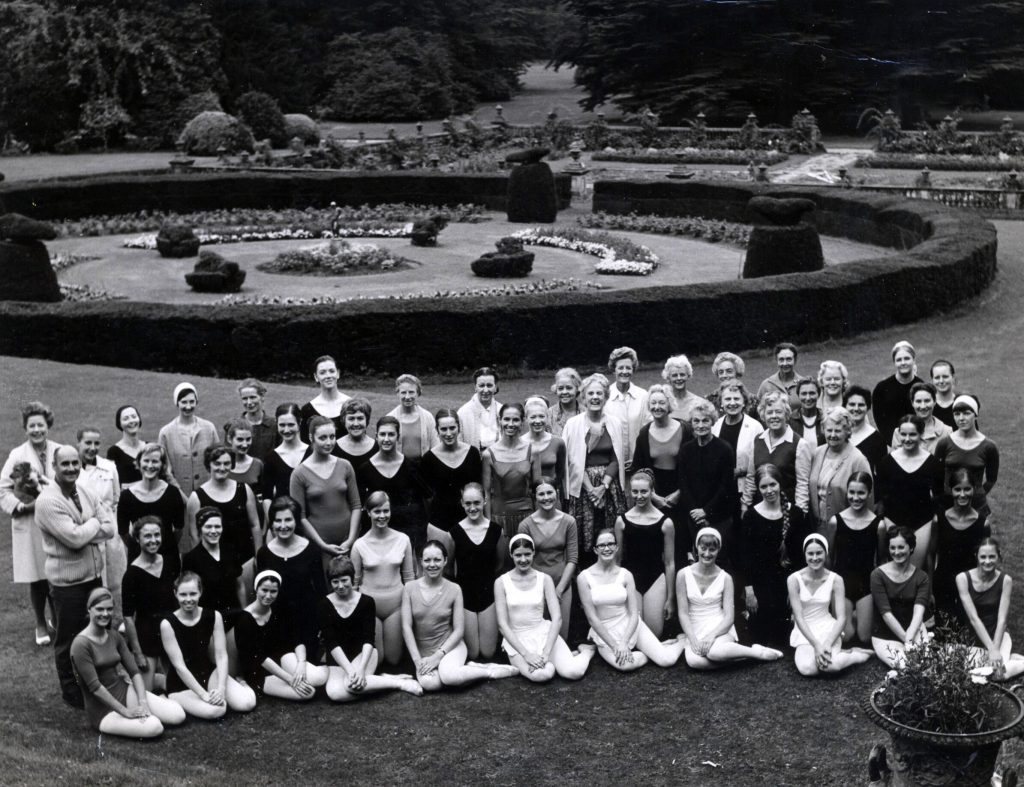 There is a series of group photographs noted to be summer schools from 1958, 1959, 1960, 1962, 1965, and 1969. There was a word I couldn’t read on the back of some of these shots but I eventually deciphered it as Cecchetti. This is apparently a method of teaching classical ballet dancing devised by Enrico Cecchetti and now promoted by the Imperial Society of Teachers of Dancing. I’m the first to admit that I know almost nothing about ballet – I’ve been to the ballet maybe half a dozen times in my life but doing this research is teaching me a lot. 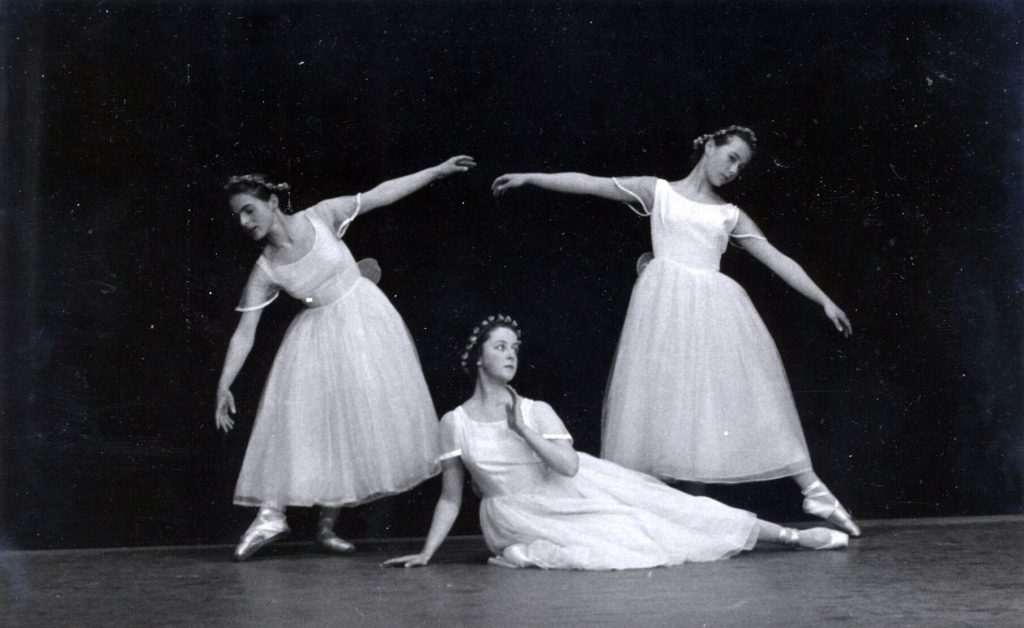 As I mentioned, the photographers responsible for these shots are varied although one name appears quite often – that of Harry Taylor of Bournemouth. Taylor, now deceased, was known as “Flash Harry,” presumably after the character in the early St Trinian’s films. His moment of fame seems to have been photographing the Beatles who played several times in Bournemouth, a nearby town to Weymouth. His ballet photographs were mostly framed in a distinctive white border (not always reproduced here). Some of his work, if indeed it was him personally, is very distinctive such as the shot of Anton Dolin signing autographs. Sad to say other examples of his work from this collection, whilst looking well-framed and posed, are often poor quality and out of focus on a close examination. 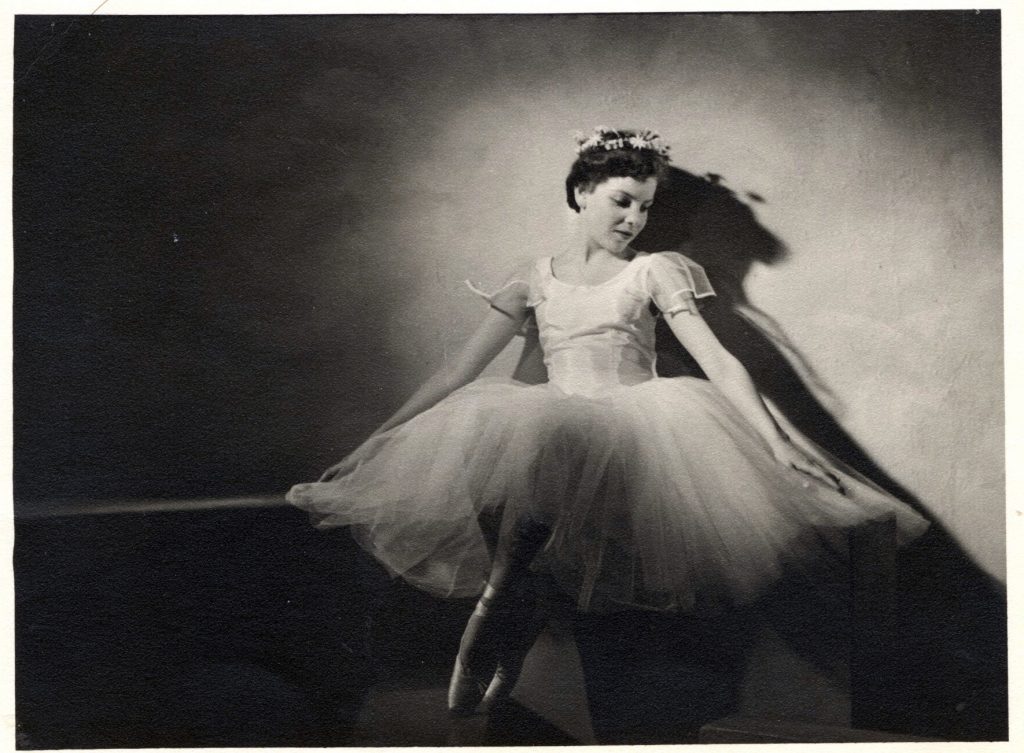 There are several shots of solo ballerinas, some moody and evocative. I particularly like this shot above. 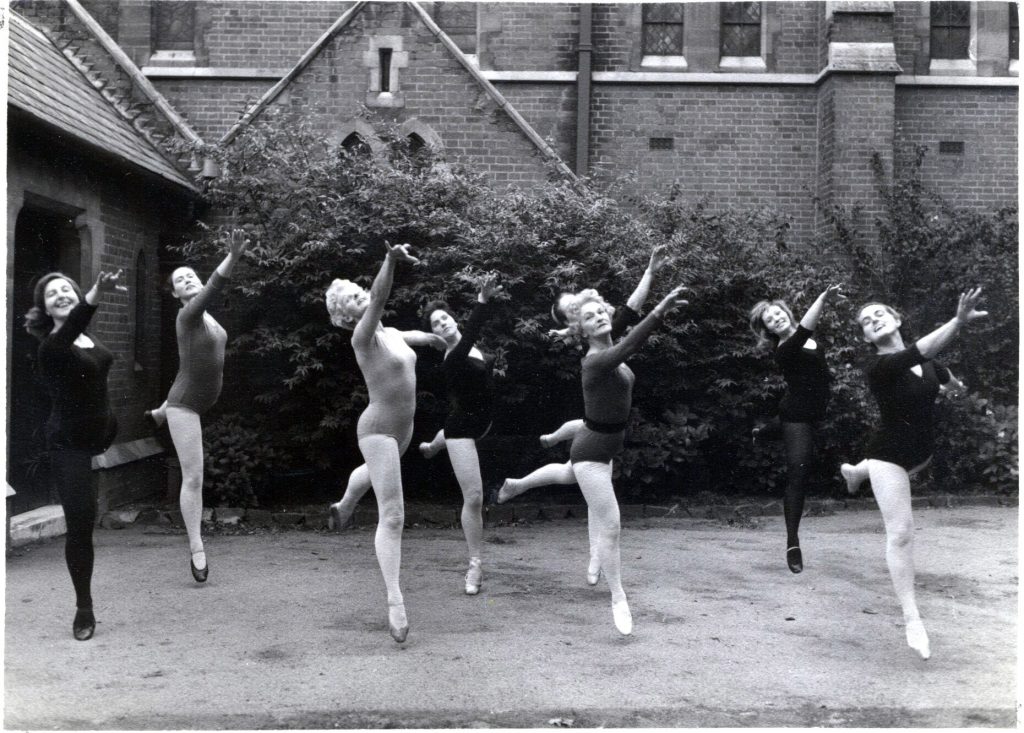 Elsewhere there are some great group shots, mostly posed but a couple of well-caught action photographs. 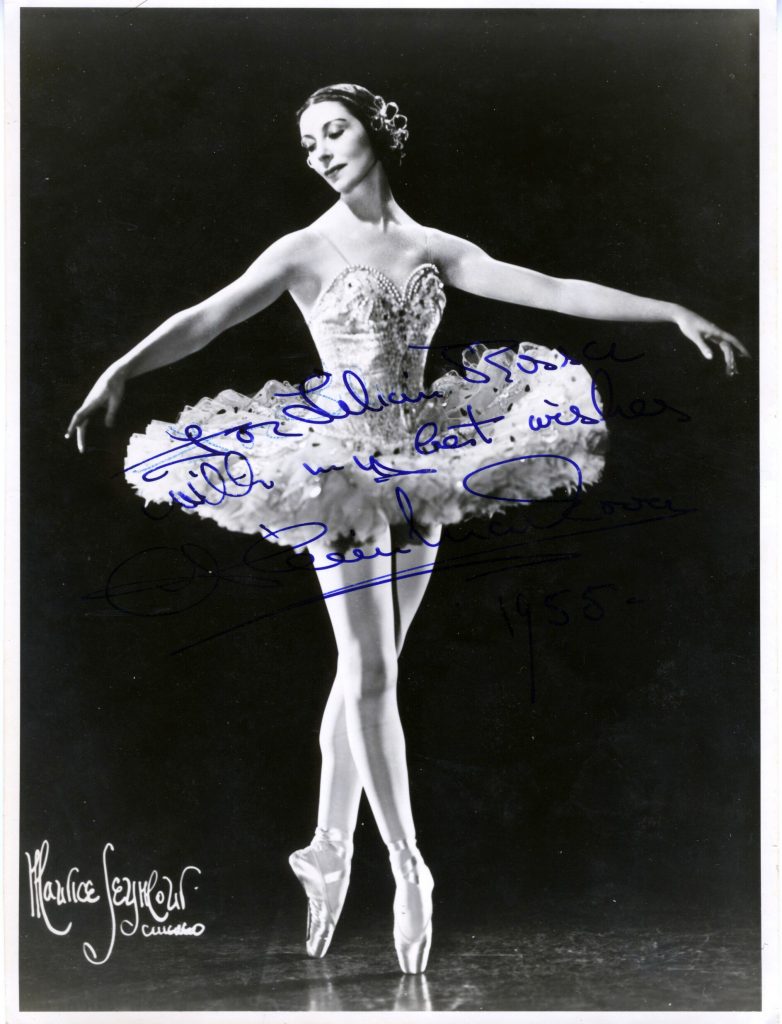 This signed photograph of Alicia Markova is dedicated to Lilian someone but I can’t make out the second name. Could this Lilian be the owner of the album? I’ve made the remark before but it always strikes me as sad when a collection like this has become disconnected from the family of the original owner. It looks as though this set of photographs and clippings almost certainly belonged to a young girl who maintained her interest in ballet as she grew up – the photos with dates range from 1953 to 1969. Sixteen years of ballet history that must have been of passionate interest to the collector but ended up for sale on ebay by someone who probably bought it at auction or in a house clearance. It’s a privilege to be able to rescue and preserve collections like this. 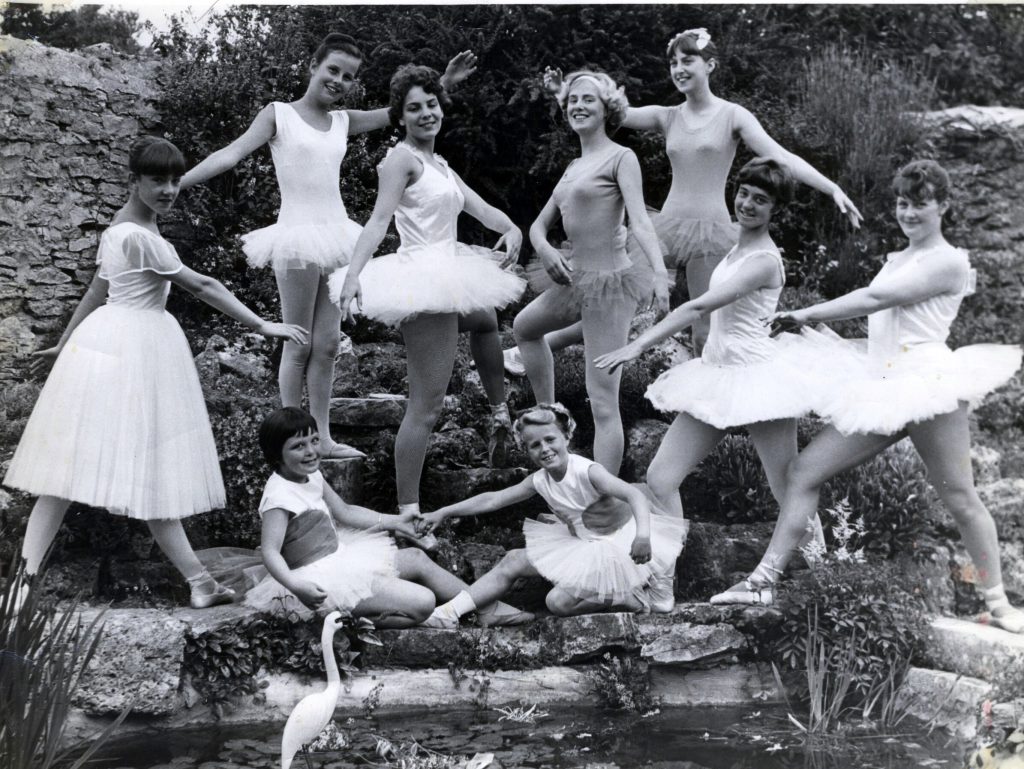 Finally, if anyone does know more about ballet in Weymouth during the 1950s and 60s I’d love to know. More photos from this collection can be seen in my flickr album of Vintage Dancing Girls.