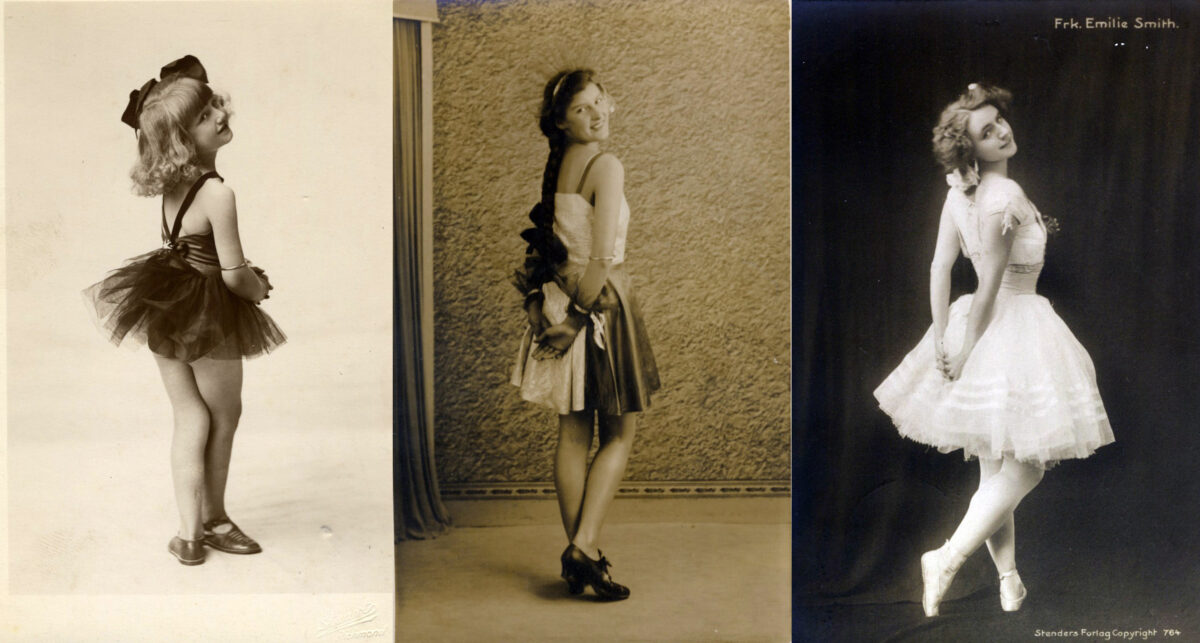 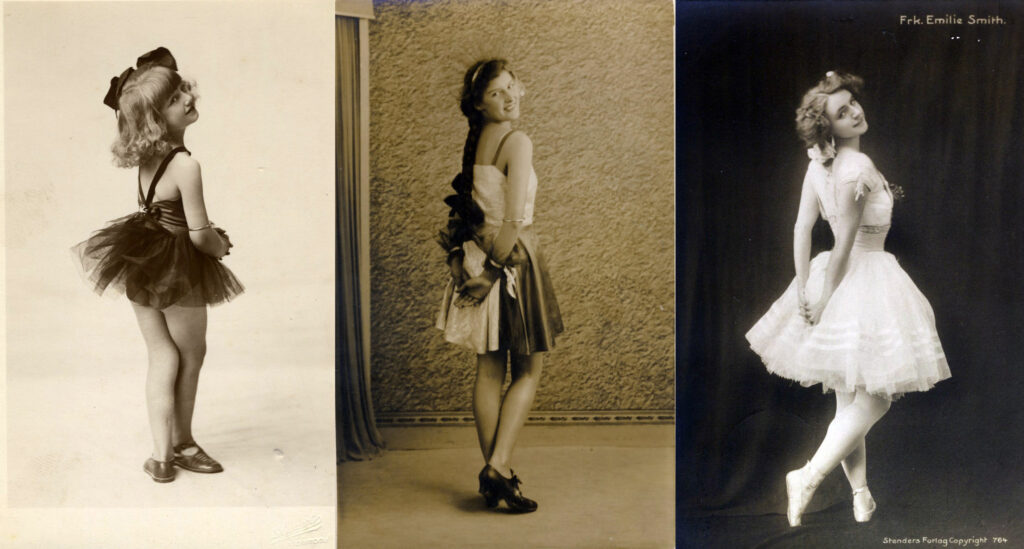 What began as a side project to my hobby of collecting old photographs has now reached the point where there are 500 “Vintage Dancing Girls” in my flickr album of that name. 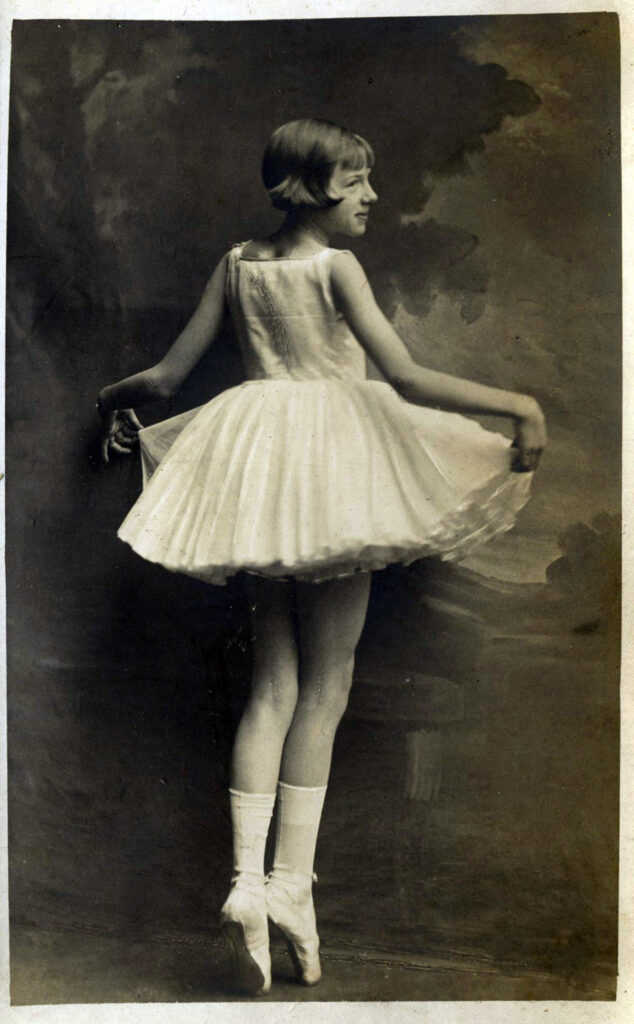 The photograph above is number 500. There is no information to identify the girl or the studio/photographer responsible. Often a photo or RPPC will have the studio printed on the reverse or embossed on the front. With luck there will be the name of the girl(s) that some family member has written on the back. In the case of professional or semi-pro dancers there may be much more information. 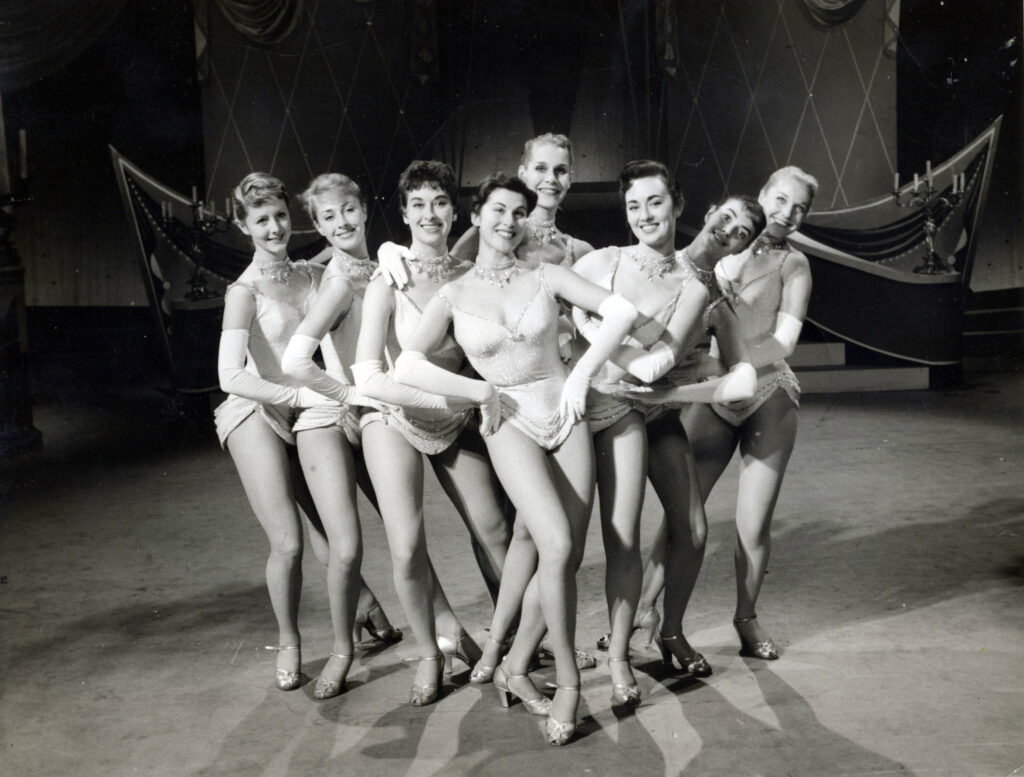 Here’s an example of a professional troupe, the George Carden Dancers,  where it’s possible to know much more. Stamped on the reverse is “Copyright Photograph by Associated Television (ATV) (Reproduction for editorial purposes if credit given).” This troupe appeared in many British TV programmes of the 1950s and 1960s including the Royal Variety Performance. 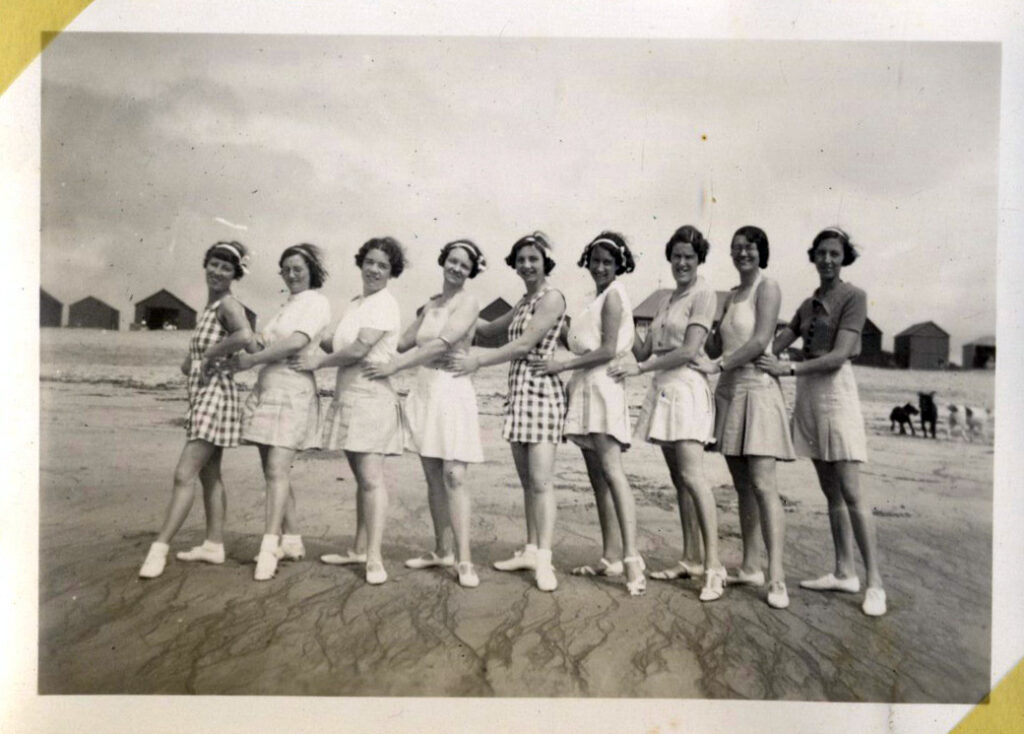 The two photos above come from a  full album of photographs. Very few have any information and certainly none of the performers’ names. All except one of the photographs give the locations as Par, St Ives and Newquay and are dated 1936. The exception is noted as Bognor 1937. There is one photograph of the girls in everyday clothes recorded as Stanmore Common which is in the London Borough of Harrow. Putting the pieces together it seems most likely that the girls are a semi-professional or amateur group of dancers from London who toured the South of England in 1936 and 1937. (The board advertising a demonstration by “London Experts” would seem to confirm this.) 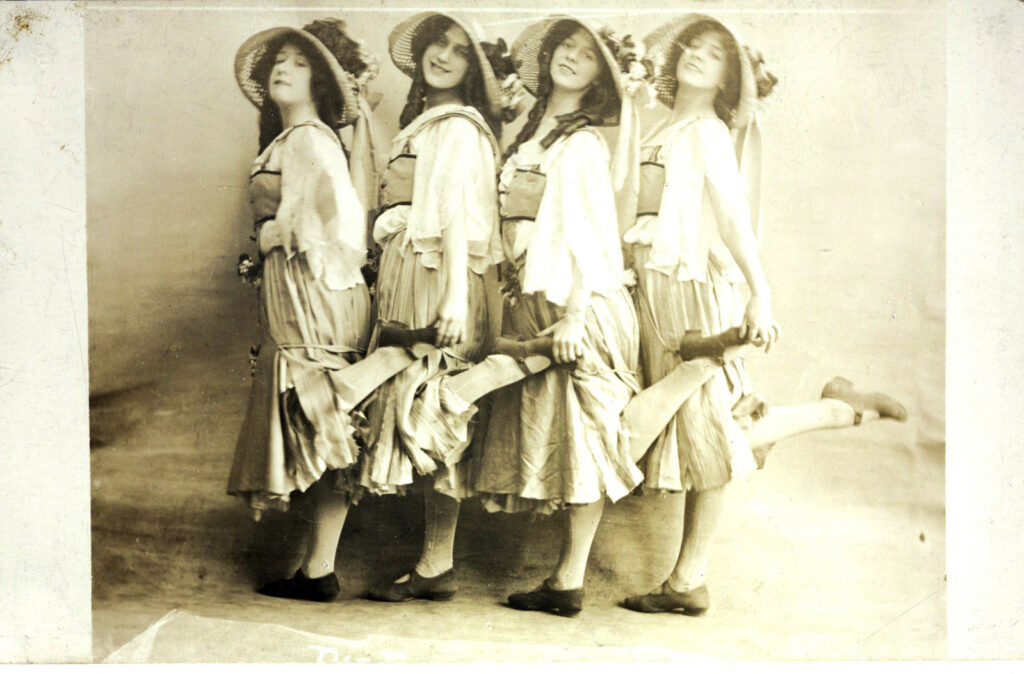 Many troupes were performers in Music Hall and Variety (also a subject I collect). These are four Tiller Girls. When I began this collection I thought the Tiller Girls were just the troupe that used to perform in Sunday Night at the London Pavilion but in fact Tiller Girls began in 1890 under the guidance of John Tiller and there have been many troupes of Tiller Girls. Tiller’s Girls by Dorothy Vernon is a good book if you want to know more about the Tillers and their variants.

Jessie Matthews was probably our greatest dancing girl of all time and is best seen in her musicals of the 1930s. Look her up on YouTube and be amazed. (She later became known as Mrs Dale in the long running radio series Mrs Dale’s Diary). 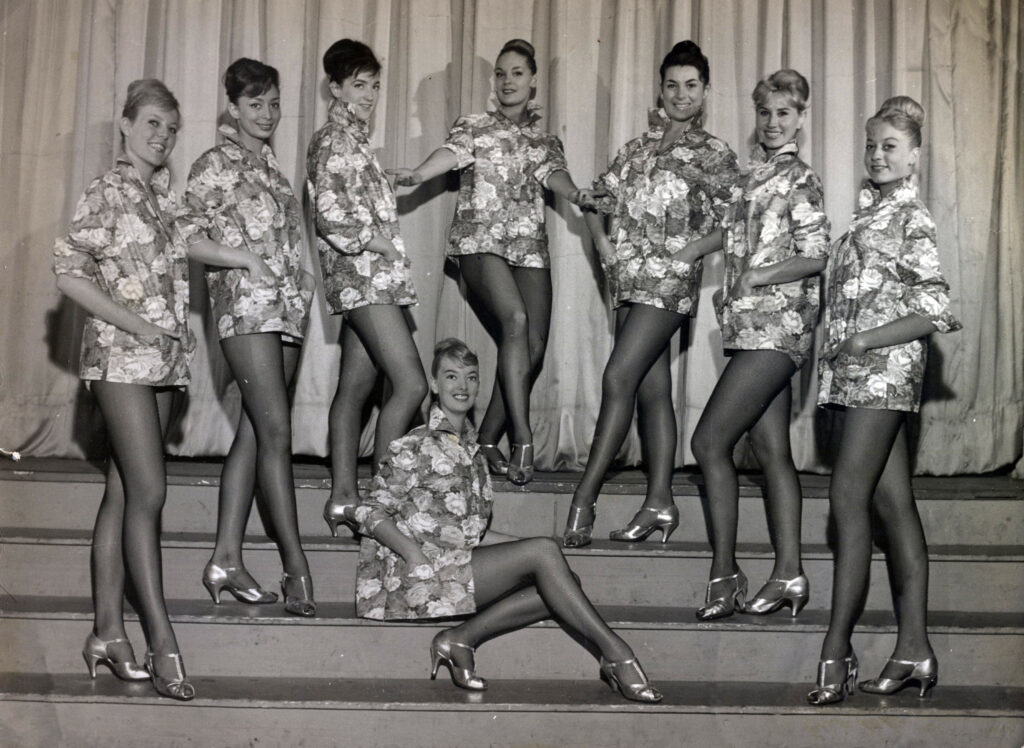 No identification of the performers on this one but photo is credited to R Foucher-Creteau of Paris.

It’s taken ten years to assemble the collection of Vintage Dancing Girls and simple arithmetic suggests one photograph was added every week but in reality it’s been more sporadic. There have been several albums which have provided multiple photographs, such as the one mentioned earlier of London dancers performing in St Ives. You can see the full album where I will continue to add photographs in my flickr feed.